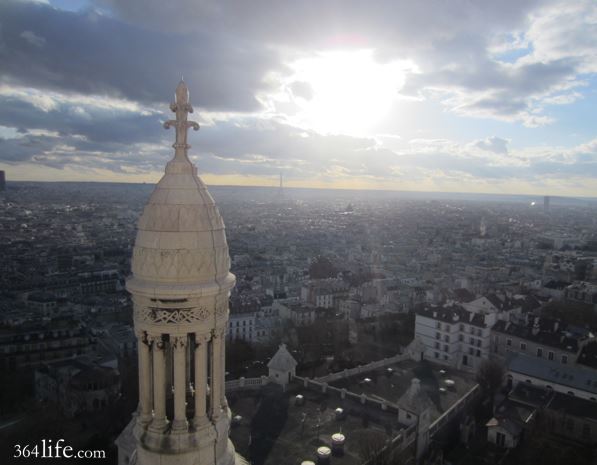 Perfection is not attainable, but if we chase perfection we can catch excellence.  Vince Lombardi

I spent a summer doing maintenance work with a man named Wayne who was and is the most positive person I’ve ever encountered. From his disposition and demeanor, you’d think he’d led a charmed life, that his optimism was the unavoidable spillover from his life of bliss. But Wayne’s life was far from charmed. It was marked with more than his fair share of the scars and painful seasons that everyone encounters.

Still, Wayne oozed positivity.  His favorite word was “PERFECT“. He used it often and, if Webster is to be believed, absolutely incorrectly.

Someone would back up the truck too aggressively and crash into the wall, and Wayne would jovially give a thumbs up, “perfect”, he’d say. Fence posts set in concrete would be leaning awkwardly askew, Wayne would give it a kick, a push and a shove, smile, then exclaim, “perfect”. Wayne found perfection everywhere, especially where it didn’t exist.

There was a graciousness and acceptance in Wayne that was remarkable. When he found people trying their best, but missing the mark, Wayne’s lighthearted and easygoing encouragement brought assurance and affirmation to people. It inspired loyalty, and it freed people to be willing to explore new areas, try new things, to risk failing because they found that it was safe. Wayne found perfection in the imperfect, and as a result, got outstanding results and output from people.

The pursuit of perfection often impedes improvement.   George Will

Sadly, some expect perfection from others according to Webster’s definition:  the condition or state of being free from flaw or defect; flawlessness.

When perfection, in this sense of the word, is expected, results, morale, and innovation are more likely diminished than improved.  People become reluctant to put forth bold and daring ideas because failing is too risky.  Playing it safe is less painful.  Procrastination is often the unexpected outcome; people shift from striving for heights never before achieved, instead devoting their time to triple checking and second-guessing, all in pursuit of perfection.  The focus shifts to the minutiae and the great and daring ideas are lost in the morass.

As Lombardi said, “…if we chase perfection, we can catch excellence.”  Excellence doesn’t require flawlessness, it doesn’t mean there aren’t areas for improvement. It means, when taken as a whole, imperfections and all, the overall product or outcome is still good, even great.  Avoid the problems of perfection.  Pursue excellence.

And now that you don’t have to be perfect, you can be good.   John Steinbeck